The Bureau of Labor Statistics (BLS) is a terrific reference tool, and you can trust that website’s data. If you’ve considered one or more careers, the BLS can tell you about the job, the education and skills needed, and if it’s a declining or accelerating (in-demand) job.

You can learn what amount of salary to expect based on your location in the U.S. For example, the average growth rate for jobs in the United States through 2022 is anticipated to be 11%. New York City is one of the highest-paying areas in the country for several professions, including court reporting. According to the BLS, court reporting in NYC is an in-demand career, especially for closed captioning services.

The National Court Reporters Association (NCRA) says court reporters are traditionally known as “guardians of the record,” because they capture history in the judicial process and document it, without partiality, capturing the words spoken by everyone during a court proceeding. It’s a job that has been important throughout the ages.

The first person known to use a shorthand system to take dictation was a highly intelligent slave, Marcus Tullius Tiro, belonging to the famous Roman philosopher Cicero in about 63 BC. Court reporters have, since then, established their professional reputations as people who are trustworthy, discreet and truly “guardians” of judicial proceedings. Court reporters’ transcripts help to protect the legal process; in fact, many court reporters supplement their income by selling their transcripts to litigants, attorneys, and other interested parties.

Traditional court reporting in NYC has expanded to create other technologically modern and necessary services. The BLS says that the demand for court reporters will be influenced by federal regulations requiring captioning for television, the Internet, and other technologies.

Hearing impaired and deaf U.S. citizens have the right to “hear,” thanks to closed captioning and real time words-to-text translation for the hearing impaired. Our aging Baby Boomer population are not people who will settle for anything less!

Here’s another surprising statistic: More than 70% of the nation’s court reporters work outside the courtroom. Once you have attained the special skill sets that only court reporters have – shorthand and mastery of the stenograph machine – your career can travel in other directions, and all of them are good!

Freelance reporters set their own schedule. They work as much or as little as they need, and as their lifestyle changes, their job changes with them. Some court reporters work 9-5, five days a week, at one location. Working freelance, you may take court reporting jobs in various locations or provide stenography and transcription services for:

Court reporting in NYC as a freelancer can also lead to working as a broadcast captioner. Again, freelance reporters work when and where they want to work; it’s the perfect job for the parent of an active family or anyone who needs to work part-time. Broadcast captioners are also called “stenocaptioners” because they need their court reporting skills to provide captioning for:

Most CART reporters, in addition to their Associate degree in Occupational Studies (AOS), have qualified as a Certified Realtime Reporter (CRR) and Certified Broadcast Captioner (CBC). The NCRA offers the CRR and CBC exam, and membership in the organization is not necessary.

The CRR exam and certification is a test that certifies your ability to use your stenotype machine in real time with computer-aided transcription.

In order to pass the written CBC exam, you must display knowledge of:

To pass the CBC skills test you must be able to show proficiency in:

These court reporters can document and transcribe at press conferences, technical training seminars, financial gatherings, and any real time meeting that needs the information shared to the Internet or attendees’ computers. Webcasters are able to transmit graphics and relevant attachments. 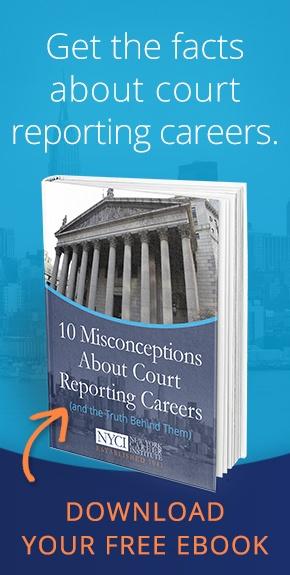 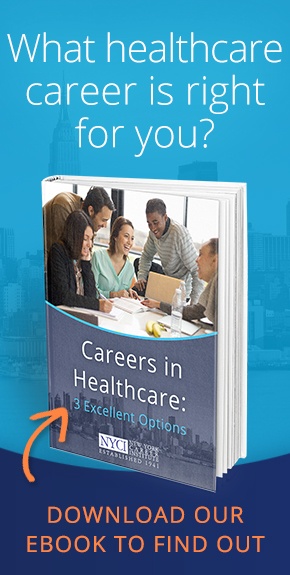